The 7 Most Common Signs of Sinkholes

Odds are you’ve probably seen a sinkhole before. If not in person, then on the news—as they tend to make for pretty sensational stories. It’s an exciting, albeit dangerous, natural geological phenomena that happens a lot. The aftermath is hard to miss once it occurs, but there are ways to spot a sinkhole beforehand. In this article, we’re helping you spot the 7 most common signs of sinkholes before they occur. Use these indicators when scoping out the safety of your property—it could help save a lot of risk and money!

Before we get into our list, let’s go over a little background about sinkholes.

One way that sinkholes form is when water (rain) in the atmosphere reacts with carbon dioxide and forms a weak carbonic acid. Then, the slightly acidic rainwater that falls to the ground seeps into sediment like limestone. These rocks tend to already have small fissures—and the acidic rainwater dissolves away more rock to expand those fissures. Eventually, this erosion creates air-filled or water-filled pockets. When those pockets get big enough, they’re categorized as caves or voids. Here’s where things start to get sinkholey (we know that’s not a real word, we just like to say it).

Basically, the larger an underground void gets, the less likely it can support its ceiling. When the ceiling of a void weakens to the point that it collapses, that’s when it’s known as a sinkhole. 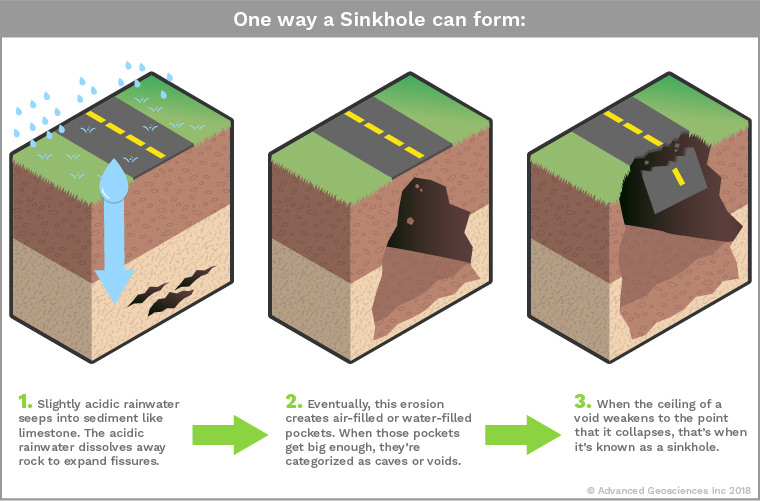 Here are the 7 most common signs a sinkhole may appear:

1. A round circular depression in the earth:

Before the ceiling of a void collapses completely, it tends to droop or depress. These depressions usually have a circular shape.

2. Localized subsidence or depression anywhere on the property:

In other words, an area that has dropped down relative to the surrounding land.

This can be indicative of a sinkhole that has opened up and been filled with water.

If part of the structure starts dropping down and cracking, this could be a sign of a sinkhole forming under a house or building. Cracking in your foundation could also be the result of expanding clay. To be sure that your foundation is at proper levels, measure the thickness of your foundation and how far beneath the surface it goes. Compare your measurements against your local building codes. If your foundation is below the level specified in your building code, you may want to employ some of geophysical tests to be sure. 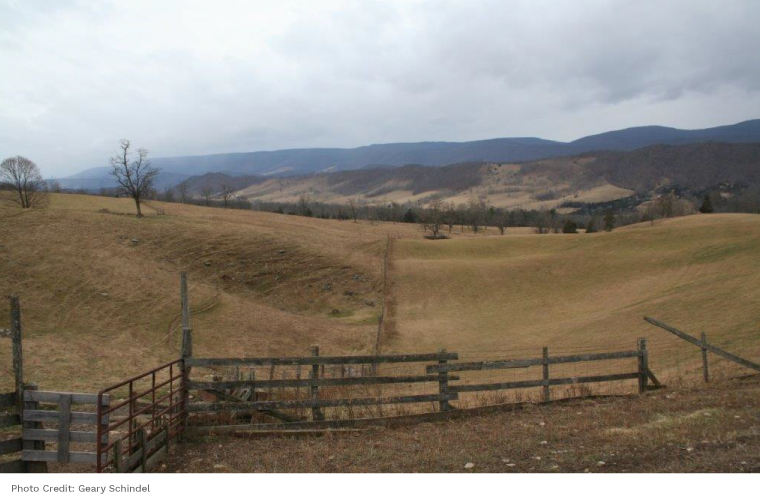 In the picture above, you can see a significant depression in the earth. Circular depressions similar to this are warning signs of an underground void.

5. Cracks in roads or pavement:

Crocodile cracks (or Alligator cracks, if you prefer) in asphalt and pavement can appear for several reasons. One reason could be that there are issues developing in the subgrade. 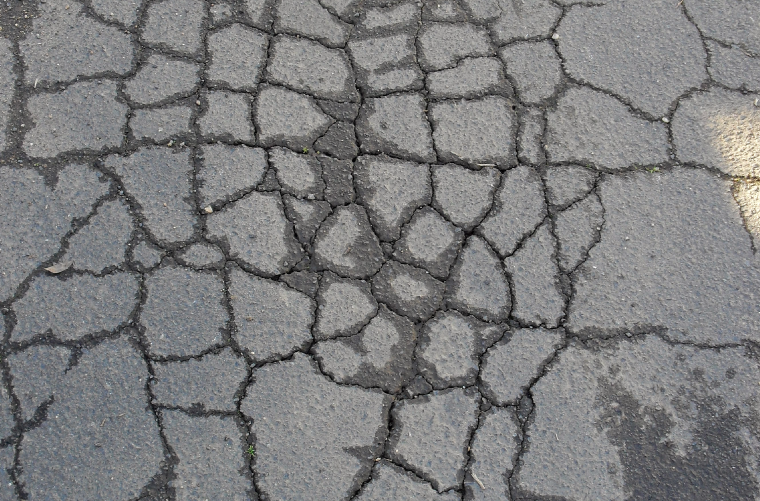 In the image above, you can see significant cracking in the pavement.

6. A sudden drop of well water levels on a site:

This is good to check out even when there’s no surface expression. A drop in well levels could indicate a sinkhole opening up and changing the water table beneath the site.

A small opening in the ground that rainwater seems to disappear into could mean it’s entering an underground void. 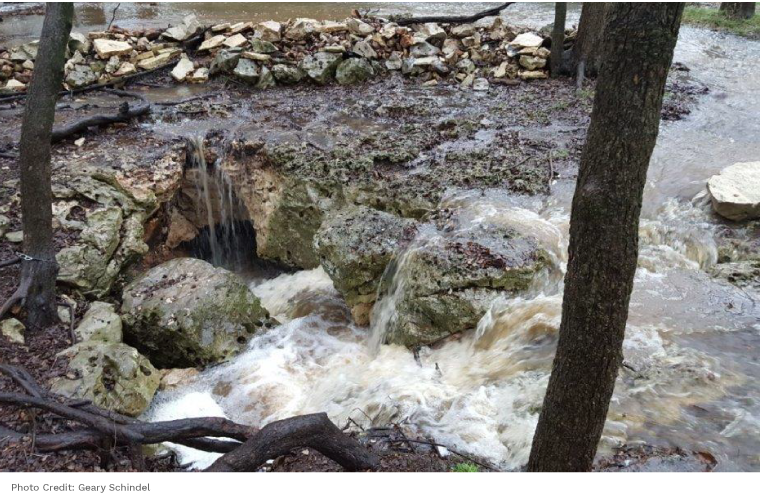 In the image above, you can see water rushing into a void in the ground.

8. (BONUS tip for getting to the end of the list) Public Sources:

We count this as a bonus since it’s not really an on-site sign to look out for. However, if you’re purchasing or managing property, it’s a good practice to find publicly-available sources that could give you insights on your land. For example, the USDA publishes known Karst areas—an area with a high density of fractures, solution channels, and caves formed in limestone (and thus, possible sinkholes). They also publish soil maps/surveys and reports on areas that have been treated for sinkholes!

Not-so-fun fact, Florida, Alabama, Missouri, Kentucky, Tennessee, Pennsylvania, and our home-state of Texas are especially sinkhole-prone. Though, no matter where you are in the world, it’s wise to keep in mind the 8 tips above to avoid or fix sinkholes before they happen.

Note: This article is a redux of a previous blog post, The 7 Most Common Signs Of Sinkholes & How To Test For Them, originally published Sept. 12, 2016.