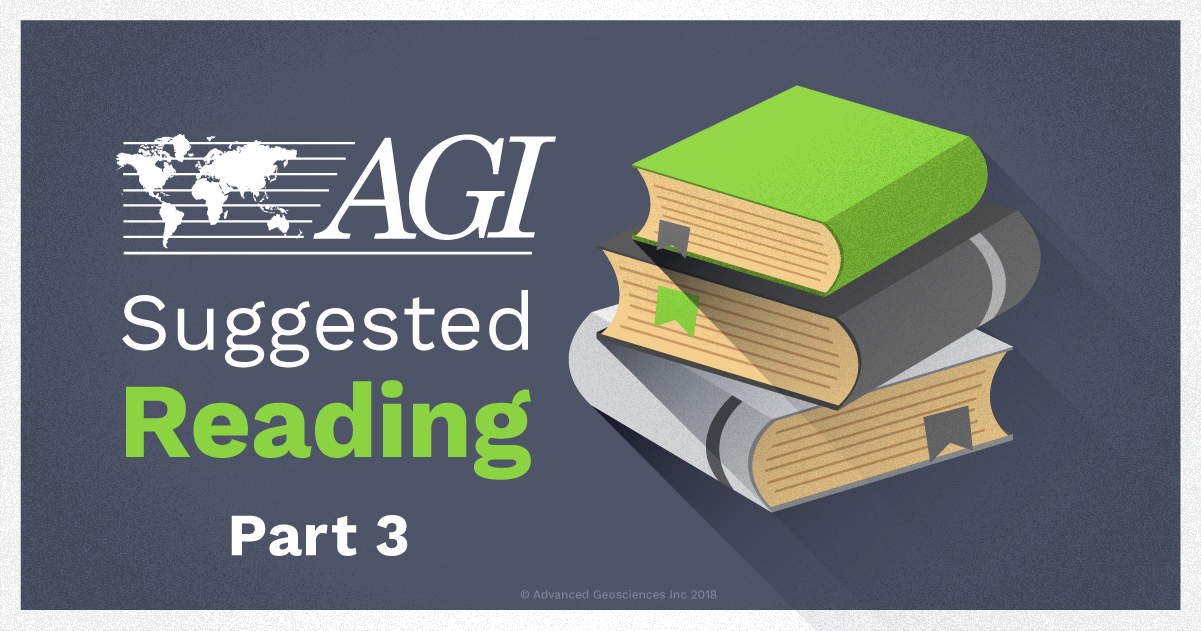 Welcome back to our eight-part series where we’ll be recommending some further reading for those of you who want to learn more about resistivity, induced polarization, and more. We hope our suggestions so far have been helpful in broadening your understanding of these topics. And if not—well—the third time's the charm!

In case you missed them, here are the previous suggestions in this series:

Let’s continue on, shall we?:

The Table of Integrals, Series, and Products is the major reference source for integrals in the English language. It is essential for mathematicians, scientists, and engineers, who rely on it when identifying and subsequently solving extremely complex problems.

The Sixth Edition is a corrected and expanded version of the previous edition. It was completely reset in order to add more material and to enhance the visual appearance of the information. To preserve compatibility with the previous edition, the original numbering system for entries has been retained. New entries and sections have been inserted in a manner consistent with the original scheme. Whenever possible, new entries and corrections have been checked by means of symbolic computation.

Find this publication for purchase at Amazon.com

A three‐dimensional finite‐element computer algorithm which can accommodate arbitrarily complex topography and subsurface structure has been developed to model the resistivity response of the earth. The algorithm has undergone extensive evaluation and is believed to provide accurate results for realistic earth models. Testing included comparison to scale‐model measurements, analytically calculated solutions, and results calculated numerically by other independent means. Computer modeling experiments have demonstrated that it is possible to remove the effect of topography on resistivity data even under conditions where such effects are large with respect to the subsurface responses. This can be done without resorting to lengthy and costly trial‐and‐error computer modeling. After correction, the data can be interpreted as if the anomalies are due only to subsurface structure. The results of case studies on field data measured in high‐relief topography indicate the following. (1) Pre‐or post survey 3-D computer analyses of topographic effects are worthwhile and can be done for a small fraction of the survey cost. (2) Three‐dimensional terrain corrections can significantly improve the quality of subsurface interpretation in terrain geometries which cannot be modeled with a 2-D algorithm. (3) Terrain effects on collinear electrode arrays can be minimized by alignment of the arrays parallel to the strike of the topography (that is, along streamlines and ridgelines). The computing cost of performing 3-D analyses is relatively small compared to the man‐hour costs required to implement them. The total cost of a 3-D terrain correction is typically small compared to the survey cost, especially if one uses the new generation of large mainframe computers.

A useful balance of theory, applications, and real-world examples. The Finite Element Method for Engineers, Fourth Edition presents a clear, easy-to-understand explanation of finite element fundamentals and enables readers to use the method in research and in solving practical, real-life problems. It develops the basic finite element method mathematical formulation, beginning with physical considerations, proceeding to the well-established variation approach, and placing a strong emphasis on the versatile method of weighted residuals, which has shown itself to be important in non-structural applications.

The authors demonstrate the tremendous power of the finite element method to solve problems that classical methods cannot handle, including elasticity problems, general field problems, heat transfer problems, and fluid mechanics problems. They supply practical information on boundary conditions and mesh generation, and they offer a fresh perspective on finite element analysis with an overview of the current state of finite element optimal design.

Supplemented with numerous real-world problems and examples taken directly from the authors' experience in industry and research, The Finite Element Method for Engineers, Fourth Edition gives readers the real insight needed to apply the method to challenging problems and to reason out solutions that cannot be found in any textbook.

Find this publication for purchase at Wiley.com