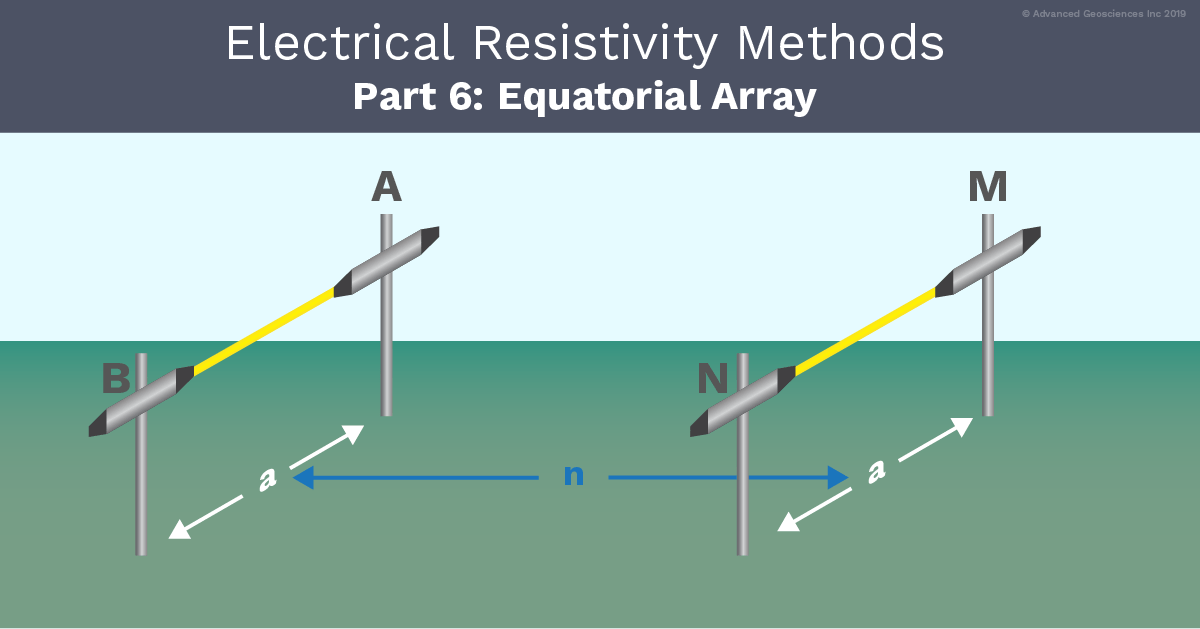 Many moons ago we wrote a series of blog posts detailing the standard array types that you’re most likely to use in your work (links below). Now we’re back to finish off the series with the remaining 6 arrays that aren’t commonly used. And since we’re in the middle of this blog series, why not discuss the Equatorial Array? Get it? Because “equatorial” sounds like “equator”. Ok, bad jokes aside, let’s get on with it.

If you want to check out the previous arrays we’ve discussed, here are links to those posts:

What is the Equatorial Array?

Also known as the Equatorial-Dipole array, the Equatorial array consists of the two dipoles—A-B and M-N—oriented perpendicular to the survey line.

Benefits: The advantage of the Equatorial Array is that you’re able to penetrate even deeper into the ground than the Dipole-Dipole array (assuming the length along the survey line is the same). This can be particularly advantageous when pulling an array of electrodes behind a vehicle or in limited spaces.

Consideration: One consideration of the Equatorial Array is that even though it can see deeper than other arrays, it will lose signal as it is expanded, which limits its use.

Applications: The equatorial array is used less often than other arrays, but it is still very useful. It can be especially helpful in situations where you are limited by tight space constraints. For example, imagine doing a survey in a parking garage. Certainly, you do not have much space between support structures there. Using this array, you can see as deep as possible in a limited space.