What Array Is The Best? 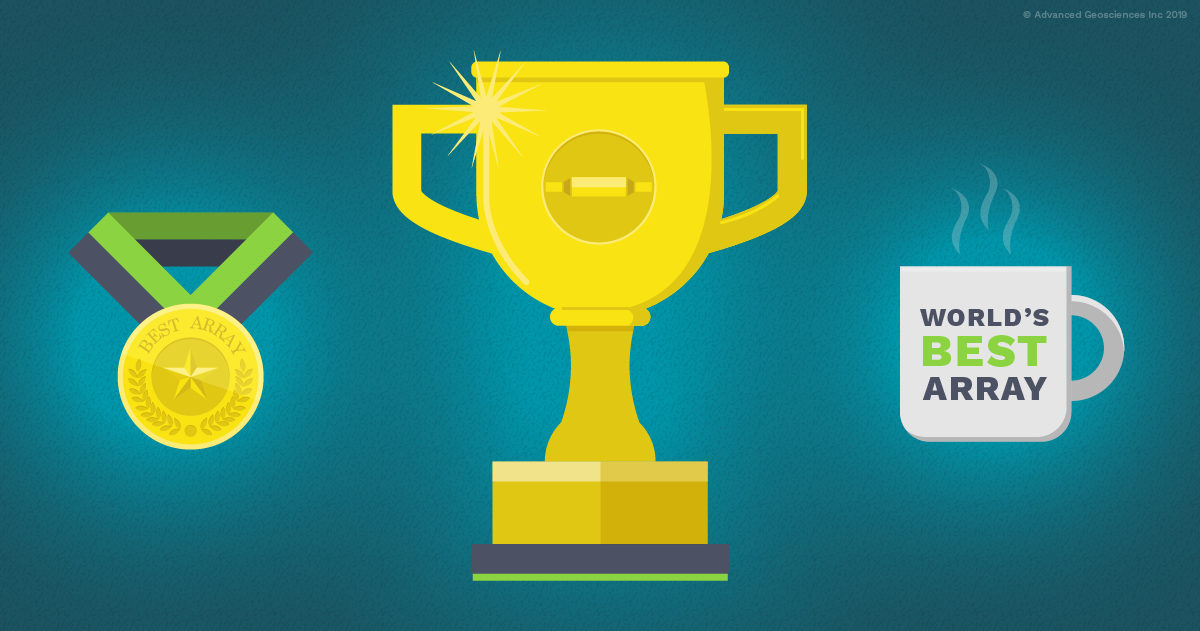 As we’ve discussed in all of those articles, each has its own pros, cons, and uses in geophysical surveys. But what array should you use? What array can be considered the best? Well, the answer is a little tricky.

There really isn’t a single “best” array (keep reading though, we promise we have a good recommendation for you to use). By their nature, electrode arrays were developed in order to make field measurements more efficient and data interpretation easier. Each array type is designed to be the best at what it does. However, there are two that we think cover the most bases—which is why we recommend them most to our customers.

As a best practice, you should always collect Dipole-Dipole AND the Strong Gradient Array to reduce filtering out important features in the ground. Electrical imaging surveys are made to explore the subsurface—and using both arrays in tandem will ensure a complete scan of the subsurface. Using both array types means that you’ll measure both the potential field in between the two transmitting electrodes, as well as the potential field surrounding the two transmitting electrodes.

We’ve found that these two balance each other out nicely. The Dipole-Dipole Array is the primary array for any high-resolution survey. Adding the Strong-Gradient Array assures complete data coverage and higher signal levels which helps when some Dipole-Dipole may not be retained in the final model due to misfit filtering/noise.

As a bonus, when you collect Strong-Gradient, the Wenner and Schlumberger Arrays can be computed from the Strong Gradient Array results!