An Overview Of The Self-Potential (Spontaneous-Potential) Method 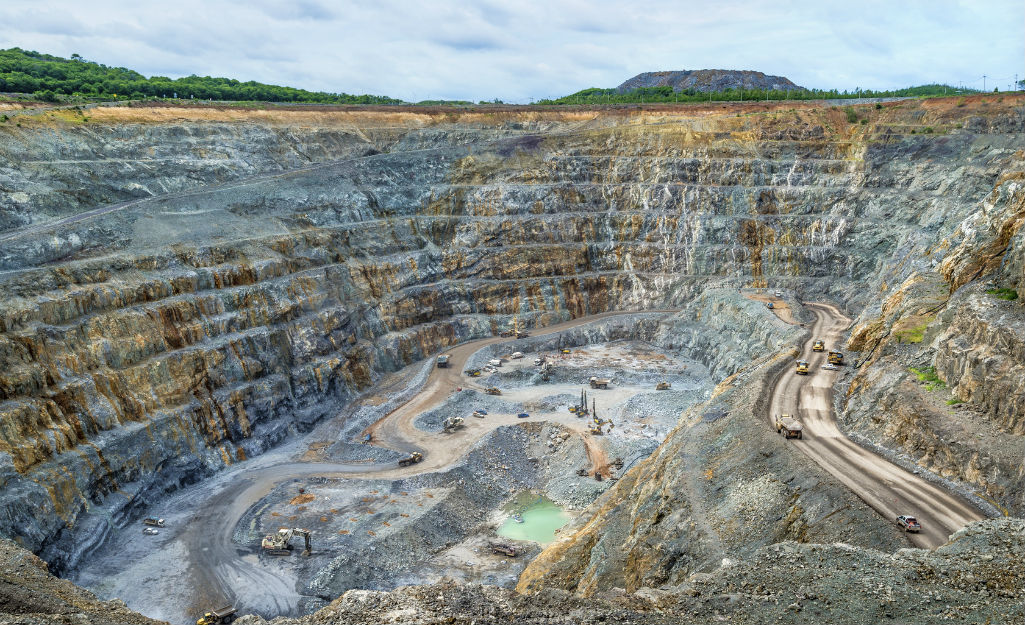 Before we dive into details, let’s start with a primer on three different terms that are abbreviated “SP.” In this article, we’ll be discussing self-potential, which is synonymous with spontaneous-potential. The self-potential method in geophysics refers to an electrical surveying method used for looking at electrical anomalies in the ground. It is primarily used in mineral exploration. Streaming-potential, on the other hand, is caused by a fluid —typically water with dissolved minerals (an electrolyte)—moving in the ground, which causes a change in voltage. This change is detected when a reading is taken.

An Overview Of The Self-Potential Method

The self-potential method was proposed in 1830 by Robert Fox, who conducted SP experiments with mines in Cornwall, England. Below, we’ll walk through how self-potential works and what it’s used for.

Two electrodes are placed in the ground a couple meters apart, with one electric wire running from each electrode to the instrument. When the user takes a reading, the instrument reads the voltage difference between the two electrodes and stores the value in its memory.

It’s worth noting that in many electrical geophysical methods, the electrodes used are metal stakes. Metal stakes can be used when performing a self-potential survey but non-polarizable electrodes—also called “porous pots”—are recommended. The reason is that when a metal stake comes into contact with moisture in the ground a weak voltage is created, which disturbs the measurements. Using non-polarizable electrodes when performing SP measurements is the way to avoid such disturbances.

Porous pots got their name as they originated as unglazed ceramic pots with a porous bottom. To be used as electrodes for the self-potential method, the pots were filled with a saturated copper sulfate solution and solid copper sulfate crystals. A copper rod was then placed through the lid and into the solution in the pot, and an electrode wire was attached from the copper rod to the instrument. This works as an electrode for SP because the metal from the copper rod doesn’t come in contact with the ions in the electrolytic ground moisture —instead, it stays in contact with the copper sulfate solution which has the same copper ions as the rod is made of.

Today, porous pots are made of more modern material, but the function is the same. AGI’s non-polarizable electrodes consist of a Plexiglas tube with a replaceable porous ceramic tip in one end and a plastic plug with the copper rod in the other end. The non-polarizable electrode is delivered dry with the copper sulfate crystals. When they’re ready to conduct the self-potential survey, the client unscrews the top and fills the electrode with distilled water to activate the electrode.

After the initial reading is taken, the user moves the electrodes one spacing forward and takes another measurement. The series of voltage readings help the user see if the ground is homogeneous (and thus has the same value) or if there is an SP anomaly detected. The user is able to tell if an anomaly—caused by an underground sulphide ore body—is detected because the voltmeter will register a major dip in voltage, the anomalies from an ore body is always negative, over a span of the ground that has been measured. If you just measure on regular ground, the anomalies are typically in the order of a few millivolts. When you’re measuring over an ore body, you can get negative voltages of several hundred millivolt and down to a volt for a large anomaly.

The cause of the negative effect of sulfide ore bodies is complex and not fully understood. However, the negative anomaly reading is likely caused by oxidation at the top of the ore body, which is created through oxygen-rich rainwater percolating downward. This causes a difference in polarity at the top and bottom of the ore body and creates what is essentially a huge but weak battery in the earth.

What Is Self-Potential Used For?

The self-potential method was the first electrical method used for mineral exploration and is still used therein. In fact, it was used to find raw materials in the industrial revolution, making it extremely valuable back in the day. For those interested in mineral exploration, it’s worth noting that detecting a large negative anomaly isn’t necessarily indicative of an ore body—it could also be graphite. One is clearly more valuable than the other, though graphite can still be a great find.

Like vertical electrical sounding, it’s safe to say that the self-potential method is used less today—and there are a few reasons for this. First, other geophysical methods (like resistivity imaging) are taking over the market. Second, most ore bodies that are close enough to the surface to be detected by SP have already been discovered—so those interested in mineral exploration have to look deeper. This is more difficult with the SP method.

There are two different methods of conducting a self-potential survey:

The fixed-base method keeps a single electrode in one place without moving it. This electrode is called the base station and acts as the reference point for all other measurements. To follow the fixed-base SP method, you simply move the other electrode a certain distance forward (say, 10 meters) along a line and take a reading. You then move it another 10 meters forward, so it’s 20 meters from the base station, and repeat this process until the end of the line. The result of the survey is plotted against the distance from the base station. Strong negative anomalies indicate mineralization.

The fixed-base method does a good job detecting small anomalies and is more accurate than the gradient method (described below). But the disadvantage is that you need a really long wire. If your measurement line is 1,000 meters, you need a 1,000-meter wire to the base station. This is cumbersome and heavy, and you have to be careful to ensure that the insulation of the wire doesn’t get damaged or that it is pulled too hard and broken.

AGI’s clients often purchase the SuperSting Wi-Fi to conduct electrical resistivity and induced polarization surveys. When these geophysical tests are conducted, a line of multiple electrodes is necessary. However, the instrument can also be used for SP measurements via the method described above. Better yet, the SuperSting can be used for automatic measurements of a whole profile line in a very short amount of time. For example, a line of 100 non-polarizable electrodes (the equivalent of 99 readings) can be measured and stored in memory in less than five minutes.

This is an advantage when measuring SP because of two reasons. First, the SP values in the ground drifts with time, and second, the non-polarizable electrodes needs some time to “settle down” and reach some equilibrium before they can be used for accurate readings.

To expand on this, when you perform SP measurements manually, you needs to go back to the basestation at even time intervals so values can later be adjusted for the time drift. And when you use non-polarizable electrodes in this manual measurement mode, you have to wait a few minutes after the electrode was planted before the reading is taken. However, if you take automatic measurements with non-polarizable electrodes, they can “settle down” during the time it takes to place them and connect them to the instrument. The short time to measure eliminates the need for time correction of the data.

The SuperSting system can also be set to monitor SP values at regular intervals during an extended time period. For example, to monitor underground water flow over time, non-polarizable electrodes can be buried along a line over an underground water path. Readings are then programmed to be automatically taken when electrical disturbances from human activity is as low as possible, which typically is at night after midnight.

For additional information, please contact us! We’re happy to discuss the merits and drawbacks of the self-potential method and other geophysical methods with you.